In 2012 St Vincent's School commissioned four windows for their new chapel. The windows represent the four elements, earth, water, air and fire and were inspired by the children's artwork.

In 2014 six more windows were commissioned, depicting each of their six House Saints. Once again, the windows are based on designs produced by the children.

In 2015 a new school hall saw the commissioning of The Cross Window designed to bring light and colour into the new building. With forms inspired by creation, the window is threaded throughout with words from The Beatitudes. 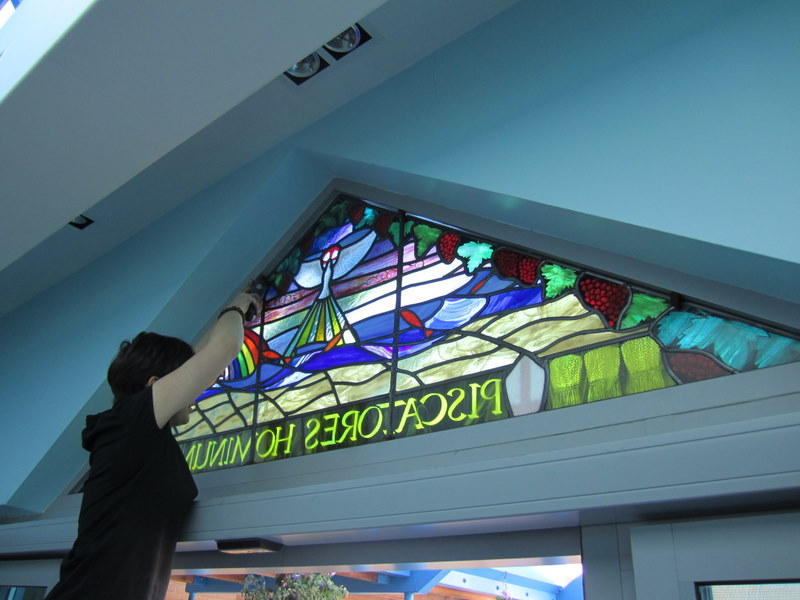